Values That Bind and Divide Us: Insights Gained Along “Wisdom Road” 

By Grant Lichtman, Reporting From the Northern Plains

Along Wisdom Road, I have heard the following statements:

Can you guess who said which statement?

(Answers at the end)

If you were to carve out a mega-state from both Dakotas, Wyoming, and large chunks of Utah, Idaho, Montana, Colorado, and Nebraska, it would have roughly the same population as metro San Antonio. Almost no one lives in the great northern plains and the rangelands east of the Rockies. Yet this is where our food is grown; where water and snow fall that flow downstream to water our crops, fill our sinks, and flush our toilets; where many of the mineral, timber, and energy resources that built America were found; where animals graze that end up shrink-wrapped at the butcher, passed through the fast-food drive-up window, or gracing our Thanksgiving tables.

Many people find driving across the flat northern plains boring; they speed by at 80 miles per hour with satellite radio or audio books their only antidote to the tedium. Not me. As I set out as part of the Wisdom Road project, I intentionally choose the rural two-lanes where I can drive slowly, intrigued by every shift in geology, crops, soil, groundswells, houses, weather, the color of the grass, and the hints of water in shallow creek beds.

I have slowed down my life. I have simple daily routines. I meet people, listen a great deal, ask questions, or just have a chat. I am seeking out those whose voices have been washed away in the onslaught of sound bites that have overwhelmed all of us in the last two decades. They share with me their life stories, the lessons they learned growing up in a part of the country, in communities, and in cultures that many of us know almost nothing about. They share the values that have made them strong. They are clear about their aspirations and surprisingly honest about their fears. They ask me to stay for lunch, supper, or dinner, and I always say yes.

What do I hear? And what lessons am I taking away? For educators, by far my biggest lesson so far is this: We have focused so much on preparing our students to be global citizens that we have almost completely looked past the need for our students to be American citizens. Americans who grow up in and near cities know almost nothing about what life is like, and why, in the rural heartland, and vice versa. I don’t know the conditions, wisdom, and life lessons that have forged half of our fellow country-people and they don’t know mine. Is it any wonder that America is deeply divided in so many ways? If there is an enormous challenge facing us, as educators, citizens, and Americans, I think it is this.

What Binds and Divides Us?

Common multi-generational values bind those people in the rural northern plains communities with whom I have spoken, regardless of demographics, skin color, or political party. They learned to help their neighbors, even if not asked. They were brought up with a few absolute core values: honesty, keeping your word, respect for elders. The highest priority was taking care of your family, which in these rural settings often meant just ensuring everyone had enough to eat. Almost everyone I have met is frustrated and disappointed with political leaders across the spectrum. They know that news media on both the left and right distort the truth to make money on advertising. They long for the days when “we all knew we could trust Walter Cronkite.” They imagine, with both deep, acute frustration and strong-willed hope, a time when people will once again talk face-to-face, rather than shouting at one another via text or anonymous postings on the internet.

What are some core differences amongst us? The main differences I have found on this leg of my journey are between Indigenous people and the European colonizers of this region. To some of the Native people the concept of “owning” land is completely alien; for White society land ownership and exploitation is almost an ubiquitous requirement. Native leaders often had the fewest material possessions; they gained respect by giving to others. The dominant society is deeply rooted in consumerism and gathering of material wealth. Traditional rural White society rarely spared the rod to impose discipline. The Lakota Sioux disciplined a child with a stern look or silence. Rural White culture values hard work. The Lakota tradition prior to the arrival of Whites was to work-to-live, not the other way around. White society runs according to a daily clock. Native elders say that before the arrival of Whites, things happened “when they needed to.”

Is the Nuclear Family a Boon or a Bust?

A major evolving theme of the journey may be the future of an American icon: the “nuclear family.” Throughout human history, “family” meant large numbers of children and multiple generations living in close daily contact, if not under the same roof, throughout their lifetimes. For many U.S. families, that changed drastically less than 100 years ago, a mere glimmer in the human timeline.

Many people I am speaking with in my travels describe how in their youth they learned their core values, life lessons, and skills from grandparents, aunts and uncles, cousins, older siblings, and nearby neighbors who were as close as family in many regards.

Today, many of the people from rural communities and small towns that I talked to still cherish big family dinners, cousins who feel comfortable in interchangeable houses, several generations together almost every day, or weekly for Sunday dinner, instead of on special occasions. They value knowing all their neighbors. Their extended families live nearby and support them when it is needed, and it is okay to come back home and live with, and perhaps take care of, parents.

With the enormous rise in double income families and single parents, and the equally enormous fall-off of multi-generational households, have we already lost some irreplaceable incubator for our children? Where children and their extended families spent much of their day in life-aligned work, chores, and play, today parents and children alike are increasingly isolated from each other by our digital addictions. What role can and must educators play in supporting children who no longer have the strength of an extended family?

My sample size is low, and future legs of Wisdom Road will greatly increase the diversity of the stories I gather. One thing is absolutely certain: I am gathering wisdom in every town, kitchen, and living room I enter. People and place are inseparable. I revel in visiting more of both and continuing to share with you. 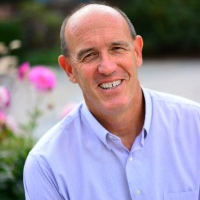 Grant Lichtman is an internationally recognized thought leader and author of four books on the future of education. He is currently in the early stages of a multi-year project to travel the United States to uncover wisdom and value traditions in overlooked cultures and communities.  SAIS is a sponsor of Grant’s project, Wisdom Road. All are welcome to join on the Wisdom Road Facebook Group, or by following Grant on Twitter.