The High Strategic Value of an Interim Head: A Conversation with Ralph Wales

Choosing an interim head of school doesn’t have to be a backup plan—it can be the most strategic option for a school in transition.

Conventional wisdom suggests that when a head of school leaves their post, a new one must be recruited and hired in the shortest time available. Boards often perceive a rudderless ship and think they can’t waste any time moving forward. “Hired” and “search concluded” is better than “right candidate.” The correlative “wisdom” suggests that if a search committee can’t find the perfect candidate in time for a February selection, they should choose a good enough candidate or be forced to settle for an interim while the search continues.

Yet choosing an interim head can be a highly strategic and transformative experience for schools.

A recent conversation with Ralph Wales, three-time interim head of school and former 24-year-head at The Gordon School in East Providence, RI, underscored the strategic value of an interim head as first choice. Whether a school is transitioning from a long-time and beloved head of school, reacting to a sudden vacancy after a two-year bad fit, or responding to an abrupt departure, a head of school transition presents an opportunity to reset priorities, evaluate community needs, and act with intentionality and purpose. Sometimes it means recognizing that hiring an interim is the strongest path forward.

When talking about supporting new heads to ensure successful transitions, Ralph mentioned the importance of small things—like working ahead of the new head’s arrival to change the office layout and furniture to suit the new head’s personal preferences. This seemingly small gesture can actually be a game-changer, he said—making the new head feel welcome, comfortable, and ready to get to work on day one. To me, that was the perfect metaphor for a leadership transition in general. Changing furniture requires that you decide what’s most important (comfort, design, size, function, coordination with other elements, price, etc.). You might spend a long time looking for the perfect chair only to find out there’s no such thing. Or you might say, “I’m not sure what perfect looks like right now, but I know I need a place to sit; so, I will get a really functional chair, get on with the business of sitting, and make room for the permanent solution when it gets here.” The right furniture enables conversation, work, and community.

Ralph Wales began his headship at The Gordon School in 1994. After 24 years, he took his professional toolbox to St. George’s Episcopal School in New Orleans. His one-year interim position was followed by a year at the Benchmark School in Media, PA, and then a one-year-turned-three-year appointment at Episcopal Day School of St. Matthew in San Mateo, CA. His position at Episcopal will end in June 2023.

When schools hire a new head, the position is often filled by a first-time head. Ralph was that person in 1994, and The Gordon School couldn’t have made a better choice. On the other hand, when schools choose to hire an interim, they are generally hiring someone with a career’s worth of experience—someone who has already managed whatever challenges the school is facing and who is not cutting their teeth on the school’s community. The interim is often seen as an expert, essentially a full-time consultant to the board and the school. Ralph is that person now. As he steps into new situations and is charged with meeting a variety of goals and objectives, he has come to appreciate the strategic benefits of hiring an interim head.

An interim’s primary role is to tee up the permanent head for success, explains Ralph. It’s a strategic role, but traditional “strategic planning” is not the interim’s job.

When a permanent head joins a new school, one of the most important aspects of the job—one that is generally left out of the job description—is building relational capital. Success is dependent on the head’s credibility and trust within the school community. An interim’s goal is certainly to sustain those important relationships, Ralph explains, but it’s a completely different kind of engagement. It’s about short-term goals vs. long-term relationships; it’s essential that board members agree on what those goals are and that other key community stakeholders can support the work that’s being done.

The interim is often responsible for “making some tough decisions so that the incoming head (won’t) have to be confronted with those when they start,” observed Ralph. These decisions often center on unresolved personnel issues and healing dysfunction or grief. “The ghosts in the closet are always there,” he said. “The strategy is often around, ‘Are there people in the institution who really are not benefitting the school’s future?’—whether that’s in the context of administration, faculty, staff, or even members of the board or the volunteers.” If these issues are addressed before the new head starts, the transition will be smoother, and the new head’s relationships in the community will benefit from a renewed sense of positive momentum.

Because the interim doesn’t have the long-term relational investment of a permanent head, the interim can act objectively, decisively, and effectively. “Hiring an interim is an opportunity to get the benefit of moving things that need to be moved… without any scar tissue left behind, because the scar tissue is being worn by the interim, and they just walk out the door.”

Sometimes a school community needs a therapist. If a head’s departure is abrupt and not totally transparent, or if the departing head is a beloved figure at any stage in their leadership, faculty and parents can feel a wide range of emotions like insecurity, distrust, hurt, and anger. If the head is retiring after a long, successful tenure, the departure is attended by a different set of emotions: sadness, worry, abandonment, and uncertainty. In both cases there is healing to be done, and a year with an interim can result in some much-needed mending.

Much like an outside consultant, an interim head can also see things in ways an insider can’t. A year proximate to the work can provide a lot of insight and clarity. As a school continues its daily operations and addresses essential tasks, it can also benefit from valuable counsel and guidance. Meanwhile, as the search committee narrows down its candidate pool, an interim, who is well versed in both the school’s strengths and short-comings, can be a powerful ally—an intermediary who can facilitate an exchange of pertinent information in a peer-to-peer dynamic. The interim will get to know the finalists well (though ever be mindful that they don’t influence the board’s decision) and will be able to provide critical transitional support.

Whether as family therapist, company consultant, change agent, or fixer, an effective interim will manage a year of transition that is anything but a holding pattern.

Ripping off the Band-Aid

Ralph likened the pace of an interim’s work to space travel. It’s fast. “It’s like you moved from Earth to Mercury,” a colleague once warned him. “I thought that was a wonderful analogy because you’re going to whip around the orbit of the sun … far faster than you’re used to through the normal revolution of a year. A lot of the things that must happen in the year—just the practical work that a head does—now must happen on a really quick basis.” But it’s exactly that turbo-boost that can propel a school over the hurdles and ready it for a new course.

Interims have a specific agenda and need to get buy-in from administrative leadership for short-term goals. Ralph emphasized the importance of optics and how the community needs to see that the interim is supported from day one.  By February or so, the role shifts to transition and a different weight of work – stewardship and assuring the achievement of stated goals become the themes. Preparing the school for the appointed head’s arrival becomes paramount.  “By spring, the bulk of your strategic work is done and you’re moving into the endgame, where transition occurs in real time.”

An effective interim’s role will shift from executor (getting stuff done) to board of trustee’s consultant (helping in the final stages of the search), to new head coach (sharing personnel and community insights)—paving the way for a best-fit new head.

But We Need to Keep Moving Forward!

Ralph has been on all sides of a school’s new head search and has heard countless cases for and against hiring an interim. He has found that an interim head can help schools make intentional strategies that allow them to keep moving forward while still planning for the future.

Here is a six-point summary of his thoughts:

With all of Ralph’s thoughts in mind, it is easy to see that an interim head is able to perform the most strategic work for a school during a fixed period. Understanding the full strategic benefit of an interim head can change a school’s perception of its path forward, prepare its community for change, and drive its institutional trajectory.

Ralph Wales is currently serving as head of Episcopal Day School of St. Matthew, San Mateo, CA. Ralph has worked as an educator, administrator, and head of school for several independent schools since 1980. He served for 24 years as head of The Gordon School in East Providence, RI. Before his tenure at The Gordon School, Ralph was at The Buckley School in Sherman Oaks, CA. Most recently, he has had two very successful interim head positions at St. George’s Episcopal School in New Orleans and The Benchmark School in Media, PA. 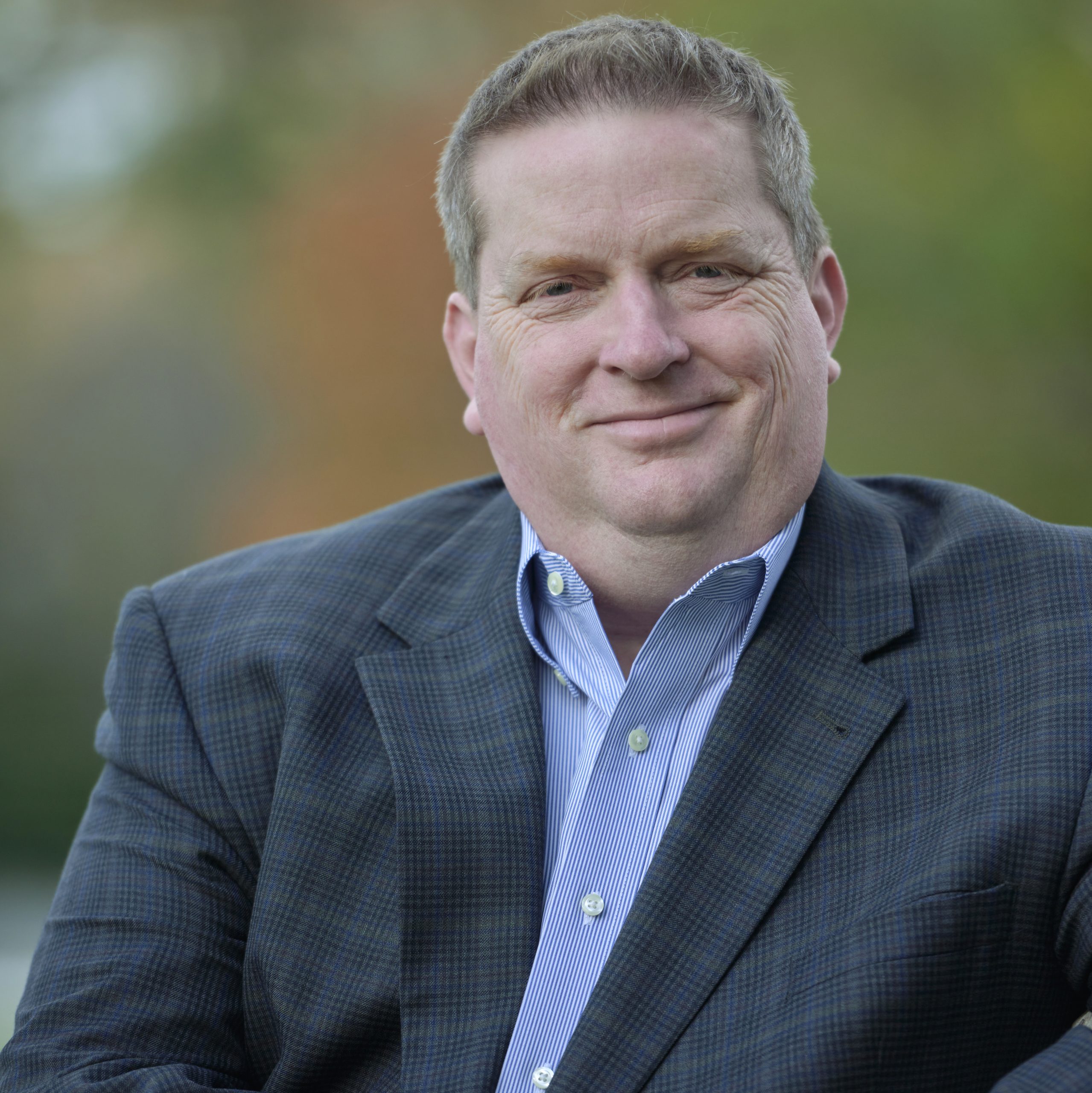 Vince Watchorn is the executive director of the New York State Association of Independent Schools (NYSAIS). He has been in independent schools his entire life and has worked directly with boards of trustees for 30 years. He is a national leader in head of school talent development, former head of school, and editor of The NAIS Head Search Handbook. Vince worked with SAIS to help launch the Head of School Database (HSDB).

In this recording, we joined SAIS President Debra Wilson for the new Trustee Education Series focused on best practices in independent school governance, including boundaries, confidentiality, committee structure, and more. The curriculum is designed for heads of school, board chairs, and trustees.